Back to home page

Photos From My Musical Life
​ From Around The World 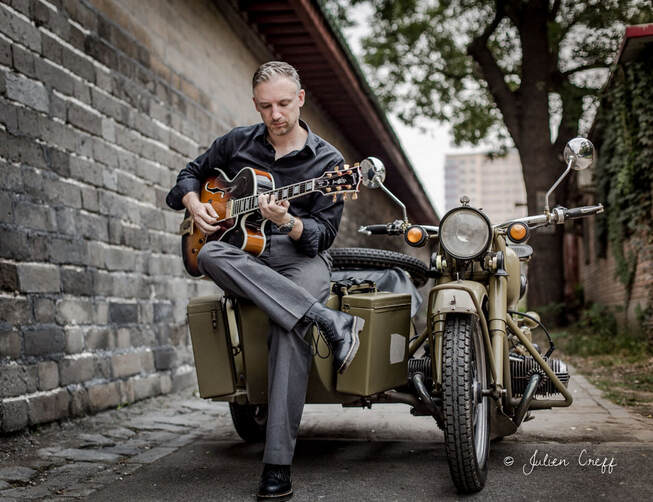 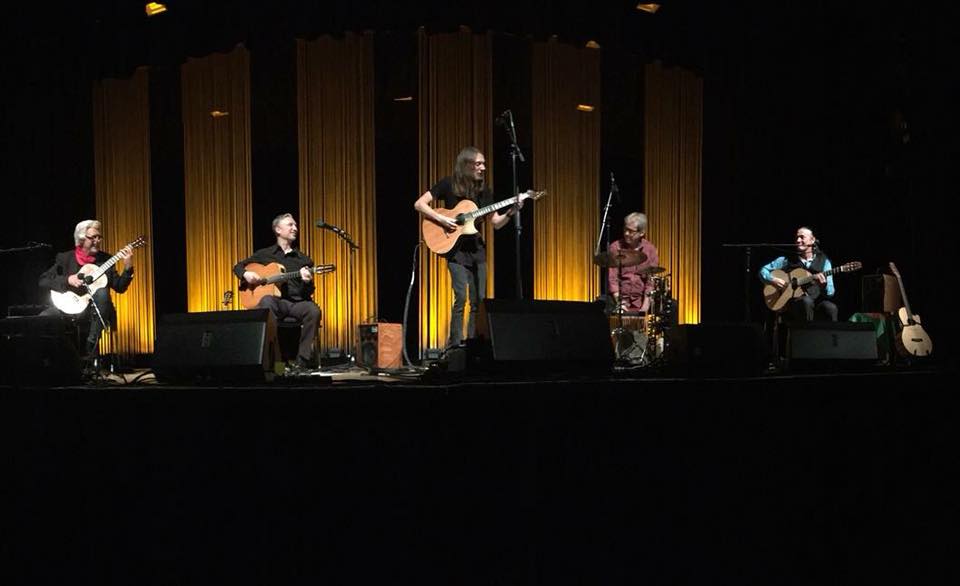 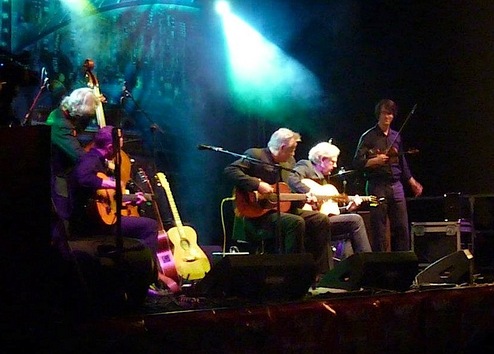 Not the best photo as I have a mic stand right in front of me but this was a memorable concert with the John Jorgenson Quintet and special guest Tommy Emanuel at the Suave Guitar Festival in Suave, Italy in May 2012. 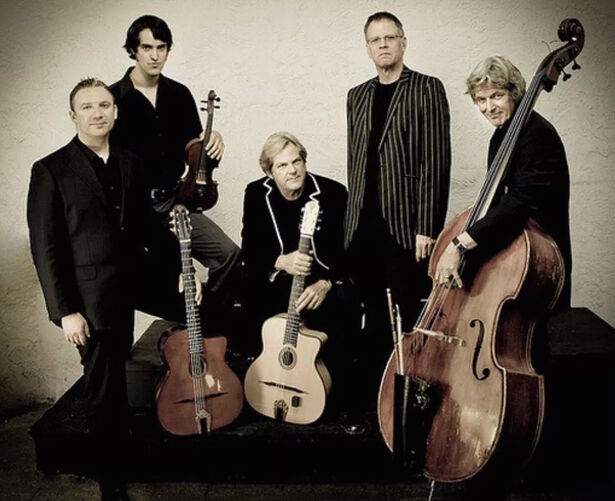 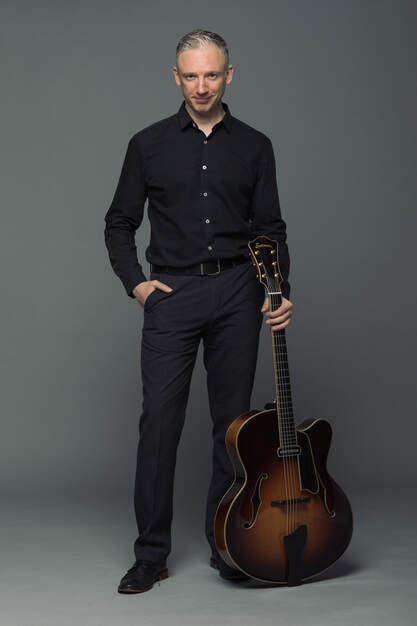 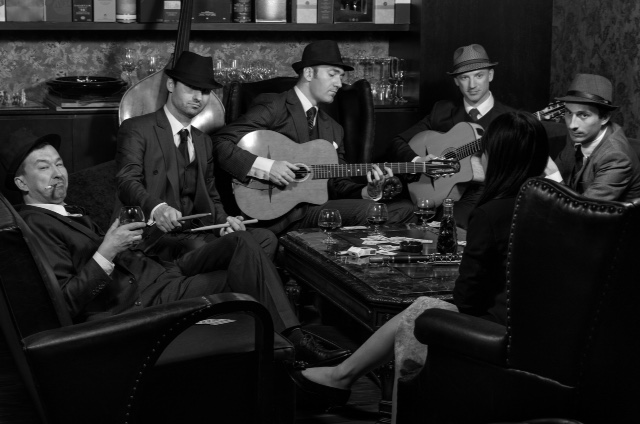 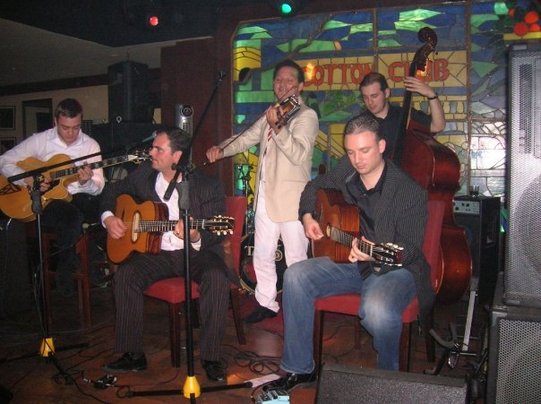 Cotton Club, Shanghai, China 2007 Jamming with (L to R) David Reinhardt, Samson Schmitt, Dorado Schmitt, Doug Martin. I apologize I don't recall the bass player's name. This was after they dropped in on the gig I had that evening with Lulo Reinhardt's Latin Swing Quartet. Lulo Reinhardt and violinist, Daniel Weltlinger are present though not pictured. 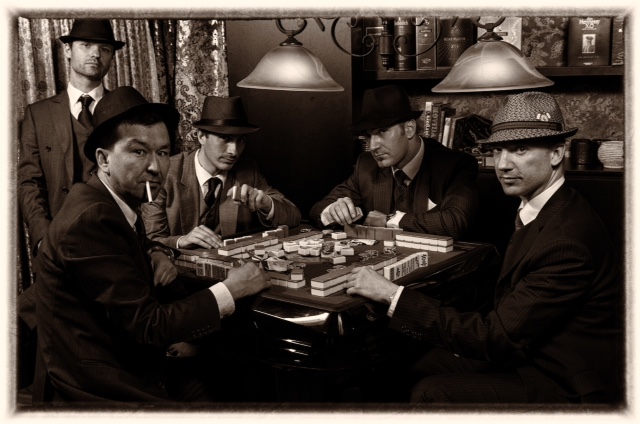 Nice promo shot for the Hot Club of Beijing at the majiang table at Parlor Bar, Beijing 2014 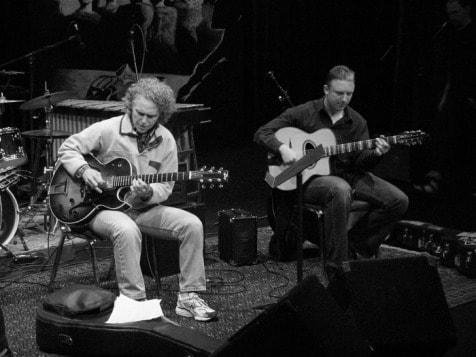 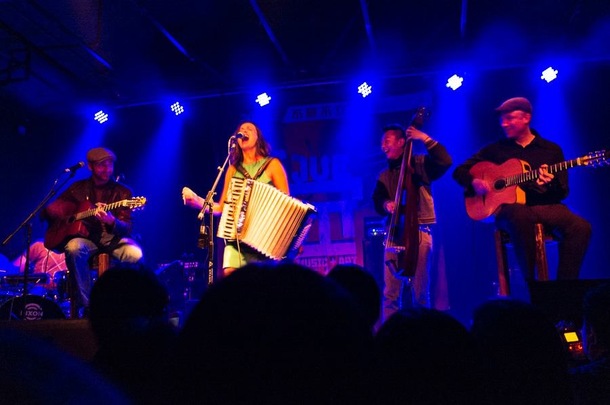 Performing in Beijing with Mademoiselle in Beijing! 2014 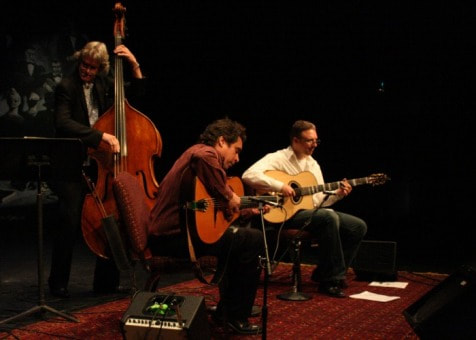 With the great jazz guitarist Howard Alden and Simon Planting on Whidbey Island, WA in 2008 for Djangofest Northwest 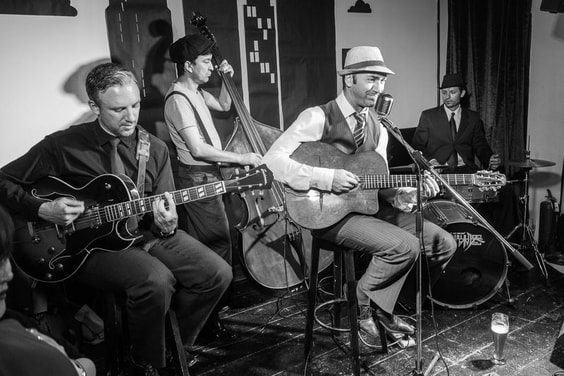 Performing at Modernista, Beijing with the Hot Club of Beijing 2015 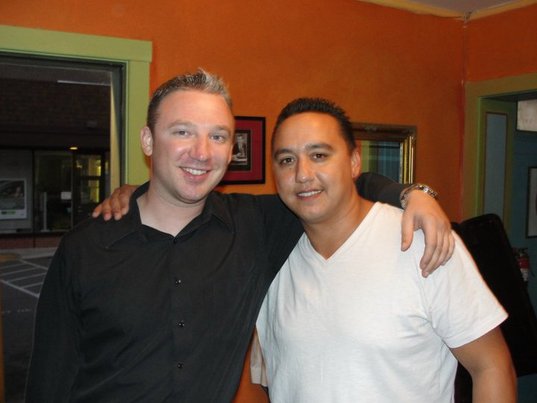 With Paulus Schafer after a great gig at Throckmorton Theatre, Mill Valley, CA 2010. Not pictured is Simon Planting who was also on the gig with us. 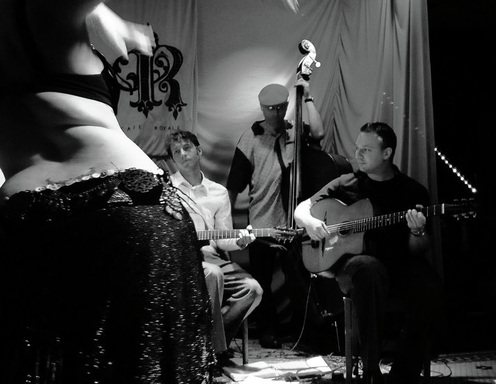 My old group the Avatar Ensemble performing at Cafe Royale with Jason Vanderford (guitar) and Clint Baker (bass) sitting in for Joe Kyle. Belly dance accompaniment by Elana Brutman as well as Kristine Adams and Joie Mazor who are both not pictured here. 2010 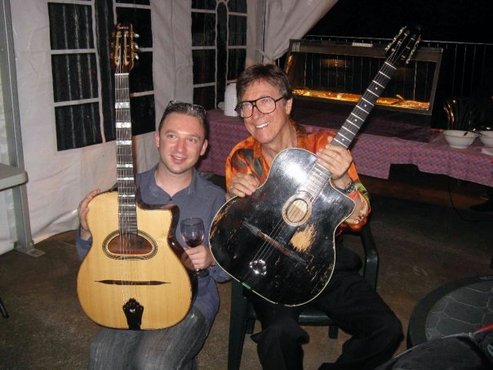 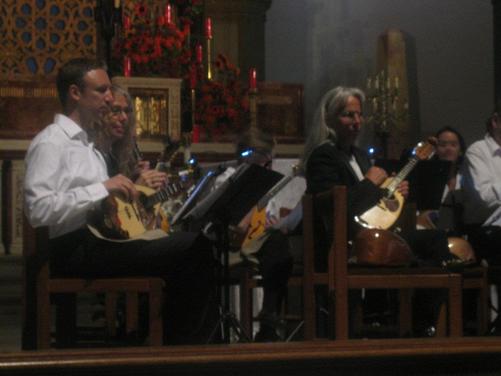 Photo still between songs on a performance with the San Francisco Mandolin Orchestra in June of 2011. 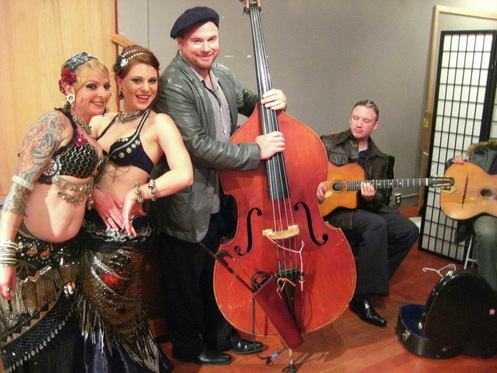 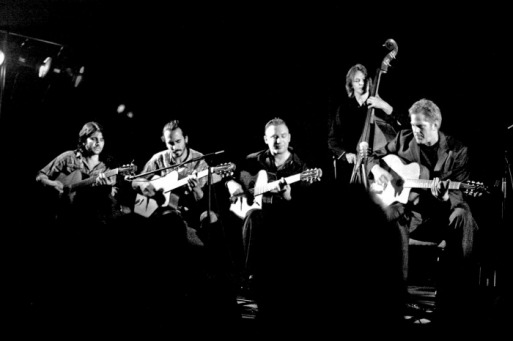 Performing with the John Jorgenson Quintet for Saga/Shubb Banquet at NAMM January 2010. 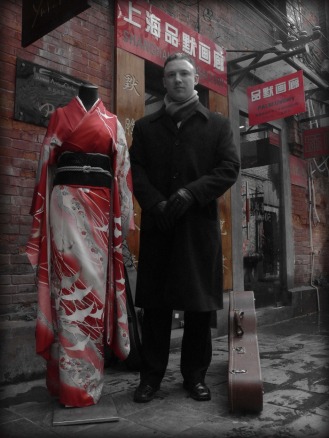 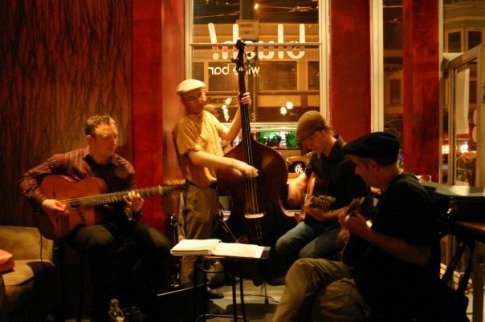 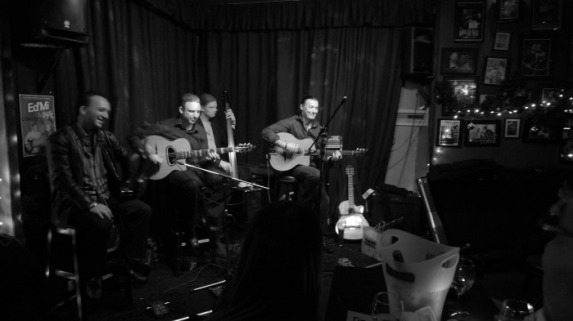 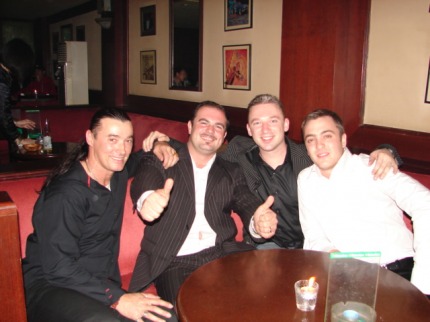 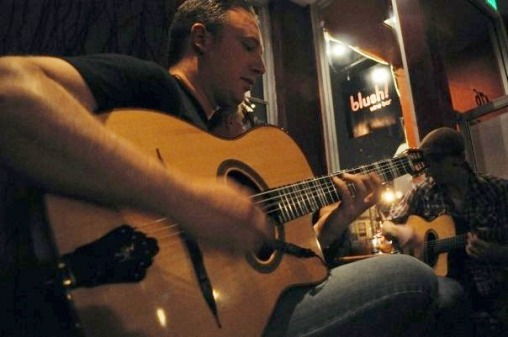 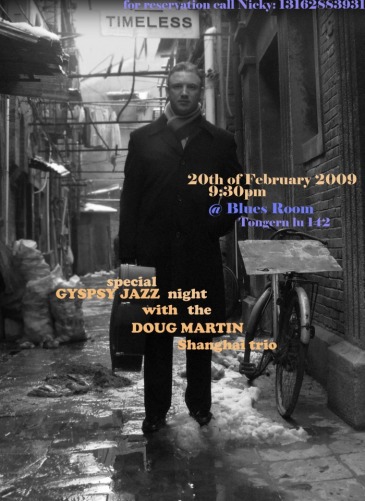 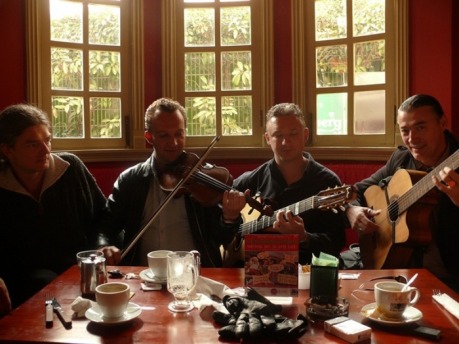 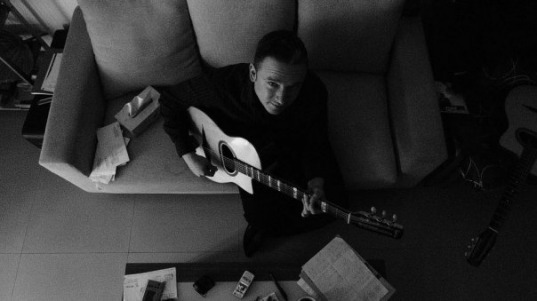 Practicing in my Shanghai apartment in Jing An district. January, 2009 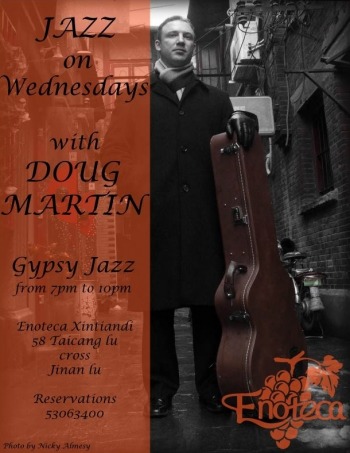 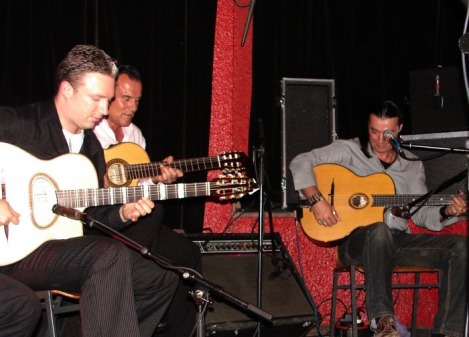